We think Ethel is Forncett's oldest resident. Ethel is well known for many reasons, some of them of course being that she is well-loved, charming, wise and has been involved with village life for decades. She is also mum to Andrew, with whom she lives opposite the school, and David and Jill. Jill lives just along the road. 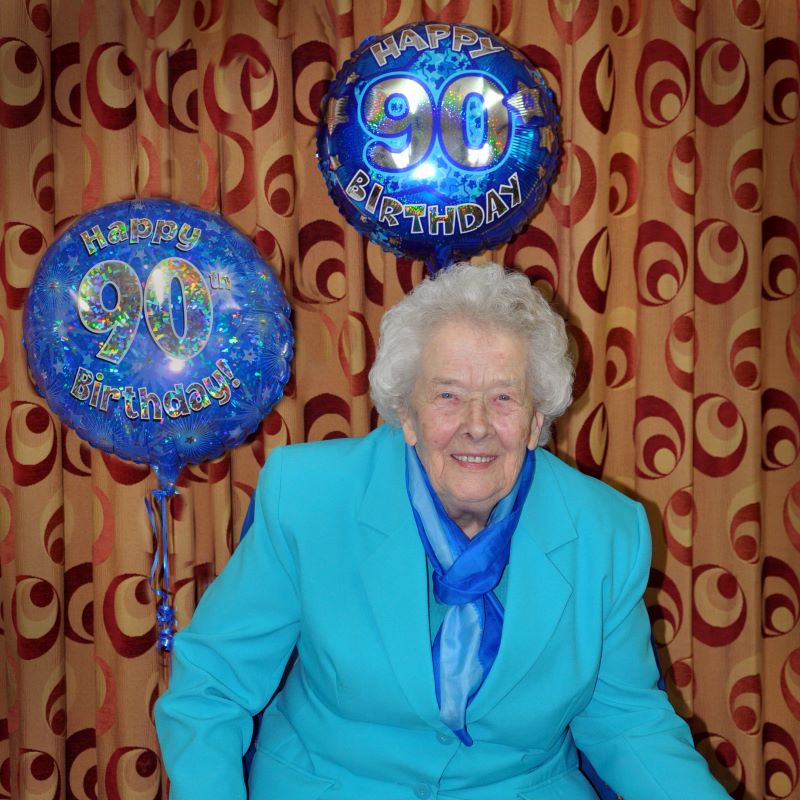 Ethel was born in 1928 (she told me to 'do the maths!') So at 94 she has many memories which reach back to a world which was very different to what we know today. Ethel spent her young life, until her marriage, in Great Moulton, moving to Forncett in 1953. She was the eldest of 5 and grew up on a farm. Her father, she told me, was 'incredibly kind, but strict.' I thought that sounded a perfect combination. Ethel talked to me of a child's world of great freedom and hard work. If something was needed around the farm, then the family would bring ingenuity to bear on whatever materials were lying about and make it themselves. Dad was particularly practical, able to extend the home as the family increased. Families were larger then, 5 children was not thought of as unusual. The village school took pupils from 5 years until they were 14 and the building still stands in Moulton, although these days it is no longer a school.

There were always jobs to be done on the farm, and children would help as soon as they were able; but the countryside was idyllic - these were the days of flower meadows, even the road verges and banks had a profusion of sweet scented wild flowers. It was only necessary to cut the hay meadows just before harvest. There was very little traffic, most people cycled or caught the bus. Ethel's father did have a car however and would regularly take produce to Norwich, returning with fresh orders from shops and boarding houses. Harvest would have been one of the most important times in the farming calendar and would not have looked substantially different when Ethel was young to harvest hundreds of years ago. The world of farming used the power of horses, supremely important on the land. Also, many hands were needed for harvest, nobody would have been idle. Her father however was an early pioneer, as he had a tractor, and would help other local farmers.

When Ethel did get married, it was on the day of the Cup Final, 1953. Ethel's husband was a keen football fan, as was the Reverend Bridges, who announced that he would conduct the marriage on that day on condition there was a radio at the reception! I asked Ethel if her husband minded missing the match. "Well, she said, he was a devoted fan, but..........." She stopped and smiled. It was clear that he was more devoted to his young bride-to-be.

Later, Ethel worked in the Post Office. She would take telegrams and cycle regularly to Thorpe Abbott with the wages of American Airmen. I asked her about her memories of World War 2 and she said that it was possible on certain nights to see a line of German bombers on their way to Norwich following the river, or railway line. She said that there was a period of 3 nights when the sound and flashes of explosions in Norwich were particularly severe. Italian prisoners of war would be seconded to help on farms and Ethel recalled that her father insisted that their own Italian prisoner eat with the family; "for", he said, "I would like to think that if my son were a prisoner in a foreign land, that is how he would be treated."

Later, Ethel worked for many many years at Forncett School, as secretary, sometimes doubling as dinner lady and pitching in generally while bringing up her own family. She concluded her reminiscences, after a moment's reflection, by saying, "It has been a joyful life."