In the footsteps of… Stonemasons

Nearly every historical monument in England is a testament to the great skill of the stonemason.  You can see it at St Peter’s, in the stonework tracery forming the windows and look up at our gargoyles!  In 2006-8 stonemasons replaced some of the badly eroded stone on the tower, following in the footsteps of the numberless men who plied their skills through centuries of time that stretches back before the dark ages.  Relatively little is known of their lives, or how they achieved the skills that left an indelible mark upon Europe. 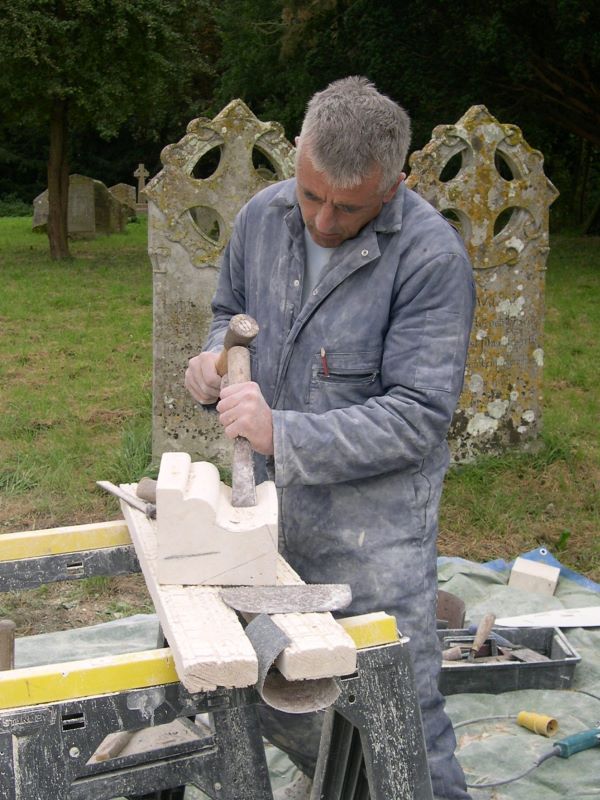 Many learnt to handle and hew stone in quarries.  Other apprentices would have worked in 'The Lodge', which was a shelter open on one side and sometimes built against the wall of the building (often a church) being worked on.  This is where they would have learnt fine carving work, studied the master stonemason's plans and eaten.  A master stonemason was a man of status;  he would need a great array of skills. He might have belonged to a Stone Masons' Guild.  Then there were everyday masons and these fell into distinct groups.  There were 'hewers' who shaped the stone and 'layers' who set it into place.  Hewers were paid around 20% more than layers.  A humbler kind of hewer was called a 'scappler'.  He would use an axe and hammer and work in quarries.  Not all stone was found in quarries though.  Roman sites were often raided and the bricks and stone was incorporated into buildings, including, it is thought,  Roman bricks in Forncett St. Peter's Church. 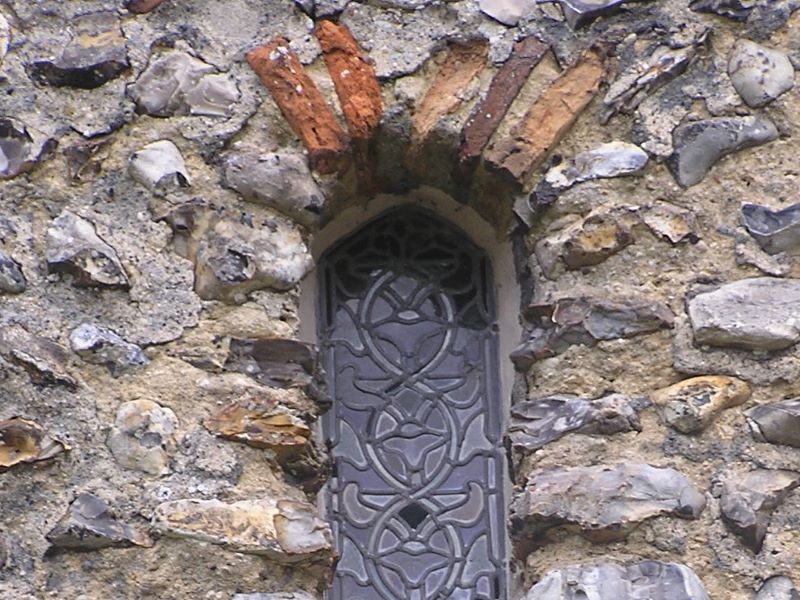 Roman bricks forming the head of a lancet window. Photo: A Rae

The contracts of stonemasons could be harsh.  At Fotheringay in 1434, if the work was not finished on time, the mason could be committed to prison.  Sometimes the contracts were for summer only and always limited by day length.  So although these craftsmen earned more than agricultural labourers, they had to rely on small-holdings or other work.

There were inherent dangers.  Many were blinded by flying chips, or slipped on a barrow-run, or fell from towers.  Plague ravaged the population during the fourteenth century and life expectancy was short.  The richest master masons if they reached old age could have enjoyed some comfort but that was not the case  for all who worked in this profession.

After the plague, when serfdom gave way and men could own land or become tradesmen, parishioners took on the task of church upkeep and improvement.  This resulted in a flowering in every village of artisan skills, evident in every parish church.