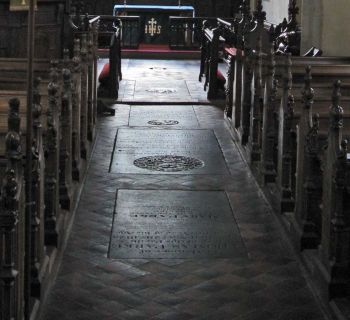 In the main aisle of the Nave of St Peter's Church are five memorial ledger stones: 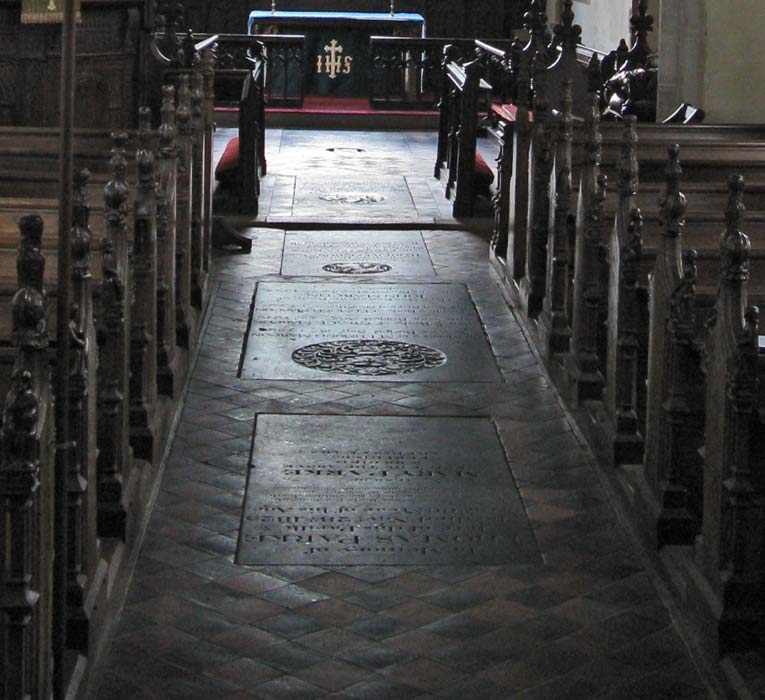