The Forncett Flyer, village newspaper for the Forncetts, is published monthly, except for September and January, and is an independent publication, paid for by Forncett Parish Council and by the local advertisers contained in it. It is produced by an editorial team consisting of Martin Lander and Myles Jeeves (advertising). Anne Lander is Treasurer.

Copy dates for the current year can be seen to the right or below.

Upon coming to live in Forncett John Webster realized that the parish was widespread and not like a traditional village with a well-defined centre. His interest in the historical background and development of the settlements explained in part the late twentieth century profile. Although administered by a parish council, of which he became a member, Forncett seemed to lack one focus.

Each month we have a few Forncett Flyers left over. If you would like a printed copy of any of the back editions, please email me at to check availability. Then simply send £1 per issue, and your name and address, and we will post it to you. Simple. 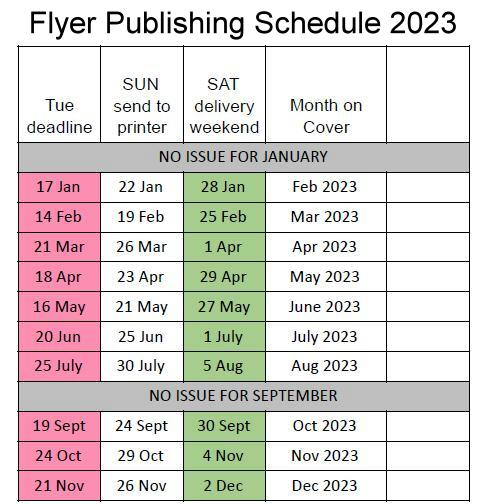